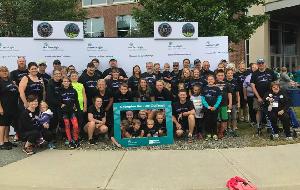 Join Team Fishing For A Cure and participate in Champion the Cure Challenge 2020 on August 15th!