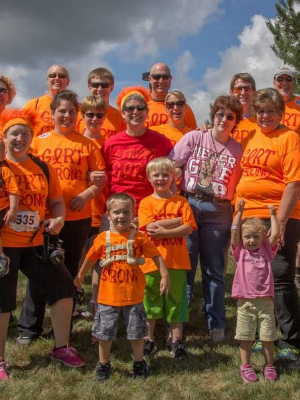 Team RUSH has had a team at Champion the Cure since 2014. It started out as “Gert Strong” after Captain Gert Nesin beat back breast cancer. We changed the team name to broaden out, and recognize so many people we know who have had or are affected by cancer. Middle school student (at the time) and team leader Annabelle Muscatell suggested the name RUSH—Remember Uplift Support Honor. That has been our team name since 2015.

Since that time, we have remembered, supported, and honored many of our teammates and their loved ones. This year, the team stands strong behind Joseph Nesin, Noah Nesin, Sadel Nesin Davis, and Donita Whitehead. We’ve got you.