Champion the Cure Challenge, the region’s only event whose proceeds fund local cancer patient care and research, proudly celebrates the individuals, businesses, and organizations that help bring the best treatments to Maine, contribute to future cures, and inspire others to join in the fight to defeat cancer. Each year, The Challenge recognizes several honorees who are extraordinarily dedicated to the cause. Champion the Cure Challenge is pleased to recognize its 2022 Honorees: 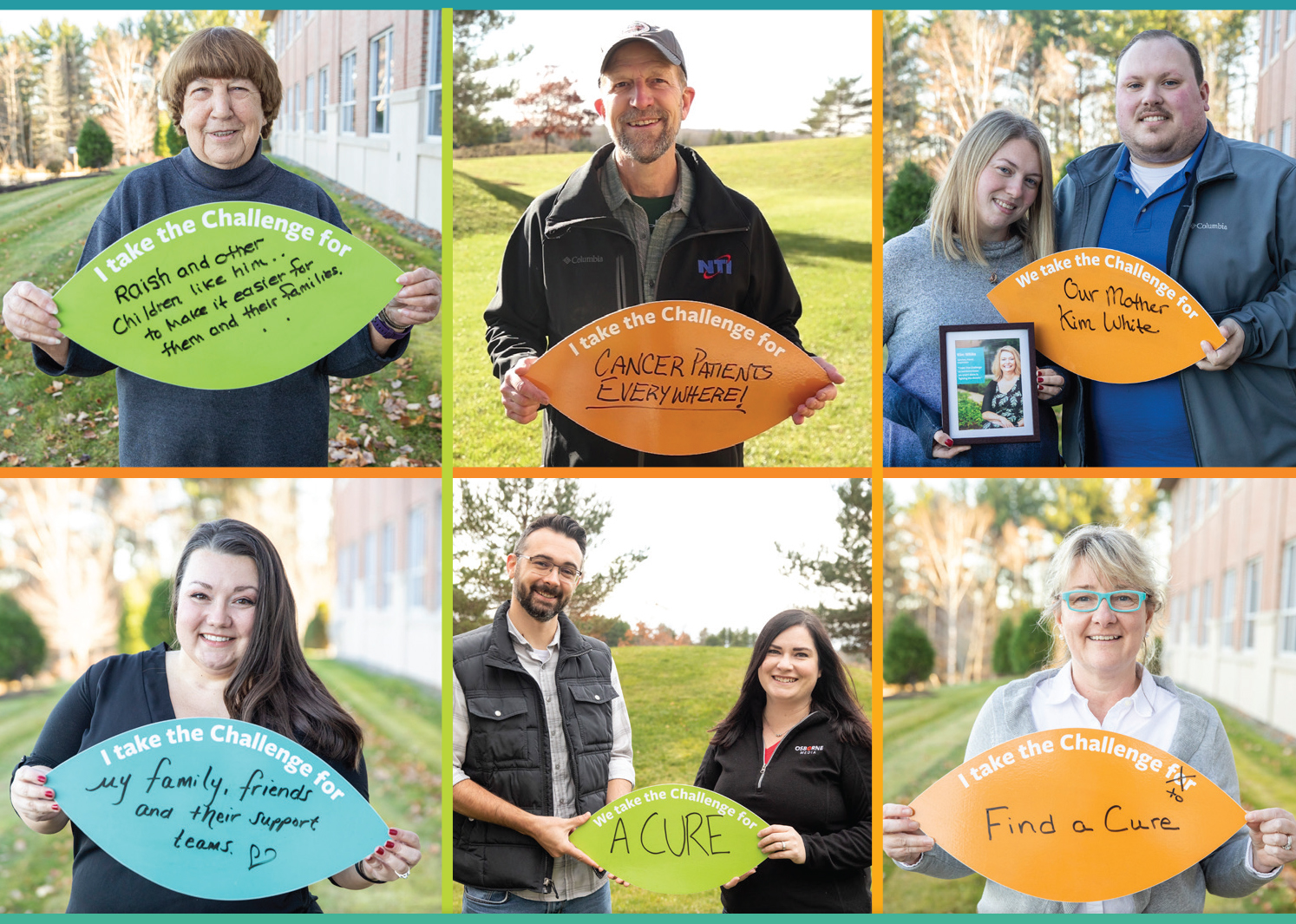 Anita Peavey Haskell, Honorary Chair
Anita’s support for pediatric cancer care is inspired by her son Raish, who passed away at the age of four from cancer. Over the years, her dedication to improving care for child and adolescent cancer patients in Maine has been unparalleled. While Anita’s commitment to regional cancer care has taken many forms, she and her husband Leon’s generosity notably led the way in creating The Raish Peavey Haskell Children’s Cancer and Treatment Center located at the Lafayette Family Cancer Institute.

Clayton Cole and Kim White, Terry Fox Award
Clayton, a cancer survivor, energizes the region’s paddling community to come together to support Maine-based cancer treatment and research. The driving force behind the Champion the Cure Challenge paddle event on the Penobscot River, Clayton successfully promotes the cause, plans the routes, and coordinates event day activities.

Kim, honored posthumously, inspired other survivors as she approached her cancer journey with determination and courage. With friends, families, and co-workers by her side every step of the way, Kim lived life like there was no tomorrow. An active Challenge participant, Kim provided guidance, raised funds, and promoted the event. Kim’s family, friends, as well as her co-workers at Darling’s Auto Group take The Challenge in her memory.

Nikki More, Employee Champion
An Information Systems employee at Northern Light Health and owner of Humble Sight Photography, Nikki captures the energy and spirit of The Challenge each year as a volunteer photographer. Her knack for getting the right photo at the right time helps to promote the event, recognize survivors and supporters, and encourage other employees to get involved.

Osborne Media, Corporate Champion
A Bangor-based creative agency, Osborne Media lends their talent for storytelling to The Challenge to motivate families, survivors, businesses, and others to join the fight against cancer in Maine. The Osborne team’s incredible videos capture the emotion of the event and remind everyone involved how taking The Challenge affects the lives of survivors and families.

Peggy Brown, Volunteer of the Year
Peggy, a longtime employee of presenting sponsor Lafayette Hotels, is tireless in her commitment to making The Challenge a success. Often behind the scenes but always appreciated, Peggy manages a rest stop on the cycle route, helps with signage, and is willing to assist with anything that is needed to make The Challenge a success.

Fishing for a Cure, Community Champion
Year after year, team Fishing for a Cure sets the bar high for participation and fundraising for other teams to follow. Fishing for a Cure celebrates the life of Brandon Washburn, who started the team to give back as he battled cancer with strength and courage until he passed away at the age of 25. Brandon’s memory lives on through the impact that Fishing for a Cure makes in the lives of Northern Light Cancer Care patients.

Boy Scouts Troop 1 Brewer, Youth Champion
For the Boy Scouts Troop 1 Brewer, the real work begins after the last Champion the Cure Challenge participants have left the Brewer walk/run/cycle event site. The youth in Troop 1 generously volunteer their time to clean up and organize the event site with a great attitude and attention to detail. Leading by example, the Boy Scouts show that Mainers of all ages can make a difference in the fight against cancer.

Volunteers of the Year